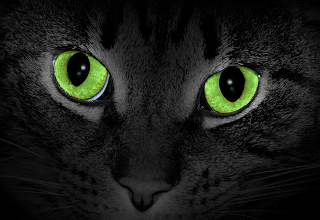 The action is heating up on Shade of Honor, a book written in TS Paul's Federal Witch Universe! As we get closer to the publication date, I thought you might like a new snippet!

“That is just the way things are done, Zhanna.”

“You have no honor! Your actions are those of an unthinking and brainless idiot. How can you look at yourself in the mirror in the morning and not want to shun your own behavior?”

“You know damn well that we have kept our families fed and the village maintained. There is no way of making money here, and it is every man for himself.”

“So you prostitute yourself, act like a shlyukha, and try to make it seemed like you have to do it for your family.”

The tall witch grimaced and answered sarcastically, “Until something miraculous happens, Zhanna, we will just have to continue our mercenary ways. I am sorry that you do not approve, but that is the harsh reality. Even now your grandmother has repairs on her home that need to be done. How are you going to pay for that? Your brother is now dead, there is no more money for you or her.”

“I’m certainly not going to be forced into marrying you! That would be a different type of selling, and one that neither of us would enjoy. I would make certain of that.”

<<As would I,>> added a deadly-sounding voice in both witch’s head.

Krava snorted in annoyance. “Of all the witches in our village that it could have gotten a familiar, it
had to be you, Zhanna. You have no mercenary skills, and we would not allow you to work outside the village anyway. What good is a familiar if you can’t work your magic?”

“Understand me clearly, Krava. I will work where I choose to work, I will do what I choose to do. No one else will tell me what I am allowed or not allowed to do, especially you.”

Infuriated, the bulky man in mercenary garb raised his arm and stepped toward the defiant small woman. Unseen by Krava, the palm of Zhanna’s right hand began to glow a peculiar dull red. She was fully prepared to fight the man who had just proposed to her. His overbearing and bullying ways had bothered her since they were both small children. His attitude and the sense of personal danger she felt when he was around had been the impetus for her immediate and untactful refusal. If she had thought about it, she would’ve known that he would not have taken any refusal well.

Despite how horrible he had been as a snarky little boy, as a man he had gotten worse. Much worse. Every time he had gone away for a job, he came back more like a dictator, like someone who would demand that others perform as he chose. Zhanna knew that even his parents dreaded their son’s homecoming.

When being within a few feet of him made her skin crawl and small hairs to stand up, marriage would be horrible torture. She would find a different way to take care of her grandmother. A way that would leave her with honor and pride, not a shameful sacrifice, a pozornaya zhertva.

Her thoughts had interrupted her movement and distracted her at a dangerous point. Krava’s close-handed blow knocked her off her feet and slammed her into the table. Shaking her head in an attempt to clear it, Zhanna tried to scramble to her feet. She was too focused to feel fear, too intent for indecision.

Drawing a deep breath as she stood up, the young witch started to pull in her energy for a defensive shield. She knew she had a few seconds before Krava would attempt to hurt her again since she knew that he liked to “play” with his victims. Centering herself, Zhanna prepared to fight.

The mercenary witch advanced closer to her with a cruel smile on his face, the light of anticipation in his eyes. That look changed to complete shock when he was rudely interrupted. It wasn’t just Zhanna that had been lost in the moment. Krava had also lost situational awareness. Or perhaps he had just discounted the small black cat.