I get notes each day about readers wanted the next book more quickly. About how I need to write faster. Believe me, I am trying! To help stave off the pain of waiting, here is a snippet from a book in the Badger Hole Bar series, called In Fire Forged. It has the story behind Agatha, the FBI Witch and Zhanna, the Russian one, and their "summer vacation." This snippet is unedited and may change slightly before the book is released. However, I wanted you to know that I am hard at work on writing FASTER!!

Agatha watched Fergus as he danced around on the floor, darting among the boots of spacemen and the softer shoes of the nonmilitary types that were drinking in the Badger Hole Bar. At first, she had no idea why he was traveling such a labyrinth pathway but then realized something. Shadowing him and carefully staying about three feet away was the spiderkat. The creature seemed obsessed with Fergus. And her Familiar knew it.

Even knowing that Fergus could not be permanently harmed by the creature, Agatha had started to rise from her chair to go to his rescue when the short, Mongolian-looking man sitting next to her put his hand lightly on her forearm.

“No harm will come to your partner. Clingon is interested and intrigued. He will do no harm although I think they are both playing a game.”

Agatha stopped moving and looked at the man, saying, “All right, I guess I can stop worrying. It is just that I’m not used to him running around in a crowd of people like this.”

“Perhaps, it is that he feels the same sense of safety here that most of us feel.”

“He has been safe before and hasn’t acted like this. I was just worried about why he was acting so strangely.”

The man made a tight, twisted grimace that the young witch could not interpret and settled a bit deeper into his seat. Cocking his head and looking carefully at Agatha, he said, “Some of it also may be a difference in perceptions and acceptance. Here, he is not an oddity but simply his own being. He is not the weirdest or most outrageous being in the room, so he does not stand out. Also, he sees that all that come here are accepted as who they are without judgment.”

Agatha had opened her mouth to say something and stopped. Thinking about what the man had said, she realized that Fergus was always “her” familiar. Very seldom was he treated as his own person. A flash of guilt ran through her as she realized that in some ways she treated Fergus as if he was only an extension of her rather than a fully separate being. It is too easy to start thinking that way, she thought to herself.

Turning her eyes back to the unicorn, she saw that he was now up on the game table next to one of the card players. The table had been full of card players for the entire time that Agatha and Fergus had been in the bar, rotating people as they came and went. It was in a shadowed back corner, an island of ordered interaction that seemed to absorb any attempt to disrupt it.

Barely visible in the subtle lighting, the spiderkat clung to the wall less than six feet from the table. His glowing eyes tracked the blue-maned unicorn, and his tail twitched with every movement that Fergus made.

Fergus was intently watching the hand of one of the players, silent but alert. That in itself was weird enough that Agatha started once more to go check on him. The gentle hand on her forearm stopped her again.

Looking from the hand up to its owner’s face, she asked the short, yellow-skinned man, “Is it something that you wanted?”

Desperately praying that he was not hitting on her, Agatha was surprised when he said, “Yes. I understand that you are here partially to explore some options for training and education, just like your friend Zhanna.”

Relieved, Agatha responded, “Yes, my responsibilities at home are changing, and it has been very made very plain to me that while I have good power in my magic and have been trained in certain areas of knowledge, that I need more of both. If I am to not let my team down, I need to develop different skills and also train my magic use for different tactical solutions.”

“Then I am correct in that your objectives are to broaden your understanding of strategy and increase your skills of field command. Yes?”

“Yes, mostly. I am not in a mercenary position, nor am I really dealing with large strategic battles. However, I need to understand how to manage and deploy my team in conflict situations, and I don’t think that I am the best I can be right now.”

Just then the cheerful waitress zoomed over to the table and flashed them a big smile.

Agatha couldn’t help smiling back at her, and she noticed that her companion was also responding with a small grin. The warmth and caring that radiated off the waitress was something that no one seemed to resist. Agatha felt her body relaxing for the first time in a long time, and she took a deep breath.

The waitress asked, “Time for refills?”

When both Agatha and her companion nodded their heads in agreement, the waitress, whose name was Wynn, asked, “Same thing for both of you?”

Once again, Wynn got their nods of acceptance, and with the speed of a darting bee, the woman was off at a run back to the bar for their drinks. Calling ahead to the bartender as she moved, the woman announced, “Brechal, I need a refill on white wine and a tankard of Arkhi!”

Agatha still had a smile on her face when she turned back to her companion. It suddenly occurred to her that she didn’t even know the man’s name. Unsure about how to ask him tactfully, the young witch just bumbled through it, face red in embarrassment. “I am terribly sorry, but I don’t know your name. My name is Agatha

The man smiled, and said, “Most of my friends call me Subu or Wardog. You may choose what you prefer.” 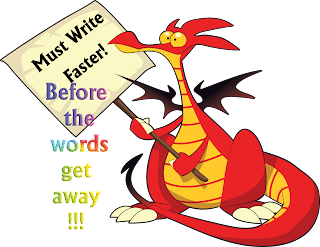