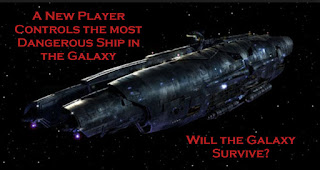 A snippet from the upcoming book, Fleet Genesis, in the Unfettered Mage Series. Remember that this is not its final form necessarily! This book has been lots of fun so far. I love the characters and the world. My enjoyment has increased even more by the thoughtful collaboration of a talented writer of military sci-fi, Paul Middleton.

We are getting close on the release of this story. The action scenes are getting tighter and I am thrilled at the way it is coming together.

The Auditor’s Guild classification of the battle had Gwilliam worried. Their broadcast had slammed the classification of Holding action – Draw to all known points. That meant that the Empire forces fighting were considered to have no salvage rights. It also mandated that they not continue the struggle.

The shock of the abrupt change was disorienting. One second the forces of the Empire had been fighting a desperate battle against the Insectoids, and the next they were told to stand down. The urge to finish the fight against the overwhelming forces of the aliens had been almost impossible to overcome. Only with years of experience and discipline at his call had he managed to pull back.

Gwilliam had front row seats in that battle, on the bridge of the Empire battleship Thymestyl. He and half his naval personnel had been hired directly by the Emperor to train the Imperial fleet. He was the Emperor’s insurance policy, provided with the authority to override Admiral Schafer if the man put the fleet at unwarranted risk or acted ‘against the interests of the Emperor.’ As was feared, the Admiral had lost perspective and endangered the entire fleet.

When the enemy fleet stopped firing simultaneously, Schafer had believed he was exploiting a weakness. He lacked the experience to realize that no navy acted that way — that something unusual and unplanned had occurred. Anxious to make a name for himself, he had pushed to attack the frozen enemy, against the edict of the Auditors’ Guild.

Even the Emperor walked softly around the Guild. To have violated their edict would have destroyed the underpinnings of the Empire, reducing it to a shadow of itself in just a few minutes. Gwilliam knew what would happen. He had seen the damage and destruction that followed such ill-advised action. Unable to stop the Admiral short of relieving him of command, the mercenary commander was forced to play his trump card.

Those unusual circumstances were why Gwilliam was headed to Seer’s Rock. He had known that something momentous had happened and started investigating it immediately. Further digging had determined that Insectoid activity had ceased entirely across all the realms in which he had contacts. Many of those realms had faced regular Insectoid incursions for a generation or more and were shocked and relieved at the cessation.

There had to be a new power in play, and they had taken the Insectoids entirely out of the picture. A frightening power that had preyed on civilizations for centuries had been reduced in the space of a few minutes. Such a power needed to be checked and evaluated.

Something had happened to the Insectoids, and it was vital for Gwilliam to know what. Nor was curiosity the sole reason. As a commander of Mercenaries, he needed to know what new risks and opportunities this brought his people. As an escapee from the Order of the Just, he needed to know if there was a threat to that shadow organization. If so, he had no doubt that they would suddenly remember his existence.

He had tried very hard to stay underneath their notice, content in the life he had made since escaping. However, if they chose, he knew that he would be faced with a strident demand for his services. Since he had no plans to work with them ever again, the danger of forced compliance, via either torture or kidnapping, was a very real danger.

It all revolved around the nature of the new player. What, or who was behind the new power? Was it an upcoming race, waxing into a potent force? Or had an organization formed to destroy the marauding Insectoids? That might have happened, perhaps driven out of sympathy for races vulnerable to their pillages or seeking power through time-honored means of removing others?

There was another, most disturbing option. The only other situation that Gwilliam could think of would be the rise of a Mage of extreme power? He dreaded the last possibility, a fear goaded higher because logic told him it was the most straightforward answer. The final explanation was also the one most dangerous to him, and likely the Galaxy at large.

No traditional source of information, no contact, no quiet query he had sent had given him an answer. Solving the mystery would require a defter touch. Gwilliam needed a mind not restricted by the usual perception of time. Something far beyond his talents and skill was demanded.

There was one place he knew to find that talent. A location very dangerous to him and his crew. As much as he had cast his mind around looking for another solution, the answer came back to one option.

He would have to take a trip to the colony of Seers’ Rock.