Snippet from Mage Ascendant - a Spanner in the Unfettered Mage Series 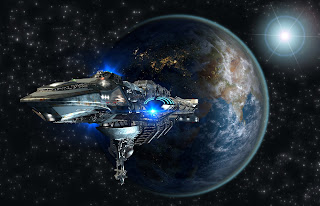 This is a small snippet from the spanner in the TUFM series. Remember that it is unedited!

The hardened mercenary officer dreaded this possibility with a backdrop of fear that goaded him into action, shortening his sleep, and pushing him into a flurry of intelligence gathering. Logic and intuition both told him that this was the most straightforward answer. It was the one most dangerous to him and his, and likely two the Galaxy at large.

If such a Mage had emerged in possession of their powers, how would they contain and control such a force? How could they determine if, and how, to fight that power?

No traditional source of information, no contact, no quiet query Gwilliam had tried resulted in even a hint of the driving force behind the Insectoid disappearance. Solving that mystery would require a defter touch than the Mercenary Commander possessed.

For the skills and power that was required, Gwilliam needed a mind unrestricted by the usual perception of time. With unsettling feelings of dread, Gwilliam acknowledged that something far beyond his talents and skill was demanded.

There was one place he knew to find that talent. It was a dangerous location for him and his crew, especially now. As much as he had cast his mind around looking for another solution, any solution, the answer came back to one option.

He would have to take a trip to the colony of Seers’ Rock.

Posted by Taki Drake at 6:50 PM No comments: