Snippet 06 from the new book in the Unfettered Mage Series!

I am hard at work writing the next book in the Unfettered Mage Series. The flow of the story arc has changed a bit with all of the voices that need to be heard. Finally, this has the right shape and I expect to publish the book in the next two weeks!

In the meantime, here is a little snippet from the story for your entertainment.

PLEASE remember, as usual, this is unedited! 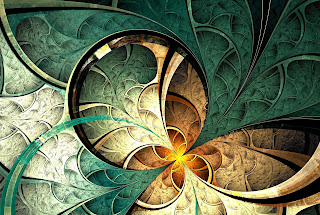 
The Mage glanced at her companion, words flowing through her head,
I think I’m doing pretty well to adjust to Arkken. I’m coping with bodyguards following me everywhere and living in something that looks like a cross between a medieval castle and a modern tech fantasy. Spaceships and swords. Who would’ve thought the reading of my youth would make this seem familiar?

Outside of the people at the castle, and those that had been on the slave ship with her, Ruth did not know many people. For the most part, her schedule was her own, and she told people when she wanted to talk to them.

The alert tone of the communicator on the wall of her room was even more startling because she had expected to be totally undisturbed. The source of the call was hidden, an icon going the equivalent of what on earth would have been an unlisted number notification. With a wide-eyed glance at Jenna, Ruth asked, “Who do you suppose it is? I don’t know that many people.”

Jenna frowned and said, “Even more importantly, how did they get your number?”

“Only one way to find out. Let me answer it.”

The bodyguard moved to be out of the view of the caller but pulled a recording device from her belt. At Jenna’s nod, Ruth tapped the icon to accept the call.
Shocked, the Mage recognized the man whose image now showed. Unsure of why he was calling her, Ruth greeted him by name, “Senior Auditor Rick, what a surprise. To what do I owe the honor of your call?”

The slender, precise man twitched his face into the approximation of a smile. Leaning slightly forward toward the screen, he said, “I wanted to extend my thanks and the gratitude of others in the Auditors Guild for your handling of the misfortunate audit problems. We deeply appreciated your cooperation in this and wanted you to know that nothing like that will ever happen again.”

Ruth knew how mortified the man must feel and how important it was to the Auditors Guild that they were seen as incorruptible and perfect. It had never crossed her mind to trumpet the fact that they had made an error. Any gratitude for her perceived forbearance was simply a plus.

“You are very welcome, and I truly hope that you never have to deal with something like that again.”

When Ruth would’ve ended the call, Auditor Rick raised his hand to stop her, and said, “It occurred to me after we had left our meeting that there might be some information that someone raised in the Alliance would have that you are missing.”

“Yes, I’m finding all sorts of holes in my understanding and patching them as quickly as I can. I just hope that nothing critical is missing. I would hate to have people injured or other accidents happen because of my ignorance.”

“With that in mind, several of us prepared some information packets that we thought you might find useful. I am transmitting them over to your incoming message queue now. Some of them concern local laws and regulations as well as the definition of the powers and responsibility that an Unfettered Mage holds.

“Additional information covers similar topics for anyone wearing the circlet of the Archmage. Since there hasn’t been either a powerful Fettered Mage or any Unfettered Mage in multiple millennia, you might find it difficult to find those guidelines.”

Ruth smiled in gratitude, and said happily, “Thank you! That will be very helpful.”

Looking satisfied, the dignified Auditor added, “Some of the other packets of information cover areas that might actually be dangerous for you and your people. After so long, the existence of an emerging Unfettered Mage may excite some of the more radical organizations throughout the galaxy. While most of these tend to be poorly funded and not particularly powerful, many of them have members that are fanatics and will go to great lengths to cause you harm.”

“That sounds perilous, and frankly wasn’t something I expected to hear. Are there any specific groups that you think would be the most concerning?”

Sighing, the Auditor look suddenly tired. Running a hand across his face, he scrubbed his eyes for a moment and looked deeply into Ruth’s eyes across the electronic interface. “Some of the worst ones go by names that cover their fury at the galaxy in general and twisted logic with labels that proclaim them to be on the side of good. Two of the worst are the Protectorate Cadre and the Order of the Just. Most of the others are just flash and no substance.”

Ruth sighed in dismay and heard a very soft echo from Jenna. Once again trying to look appreciative, the Mage responded, saying, “Thank you again for your consideration, Senior Auditor Rick. I will definitely delve into the information you have sent me. I will also make sure that all the necessary people on my staff see it.”

I am hard at work on multiple books right now. One of them is another adventure for TT, the scarred, white Persian Familiar. I thought you would find this snippet interesting.

<< The Trials won’t give you the time to relax, and you know that real life doesn’t either. >>

<< Welcome to the real world, Princess. Now, get your furry white butt up and let’s run through this course again. >>

Slave driver! TT thought to herself. Even though Dascha was her best friend, the Familiar didn’t understand that others might be just mortal. Well, that isn’t really fair, either. Dascha is just trying to whip me into shape for the Trials. After all, we don’t have much time to get ready. And I did promise to help her exercise her skills, too.

TT wasn’t exactly sure how she had gone from helping Dascha to prepare for the Familiar Trials and practicing for them herself. The white Persian had tried to argue that she was not a Familiar any longer, but that certainly hadn’t worked. Dascha’s response had been short and sweet.

<< You are still a Familiar! That didn’t change simply because you had a creep for Witch who repudiated and tried to kill you. It just means that you are unbonded, and that is no excuse for letting your skills deteriorate. >>

Frustrated, TT had complained in turn to her Uncle Jack, but he had been even less sympathetic. First, he had made a hissing sound of derision and then treated her to his distinctive stare that said how much he was disappointed in her attitude and behavior. When he thought that she had gotten that message, a verbal chastisement was added.

TT had never heard her Uncle Jack sound quite like he did that day, when he said, << Many Familiars go through periods where they are not bonded. I still consider myself a Familiar because I have the capability of supporting a Witch, but I am simply not connected to one right now. In the future, you may choose a new Witch, and it would be pretty stupid for you to have let your skills wither. >>

Stumbling over her words in a rush to explain, TT found herself whimpering and whining. Jack listened for a little while before interrupting her, << I know the whole situation was horrible. You almost died and encountered a very evil magic user. I also know that you’re scared to touch your skills for fear that exercising that part of your abilities might bring her back. That won’t happen. >>

<< The danger is too great! She found me before by my abilities. What if she finds me again? >>

<< Then Zhanna and Dascha will protect you. I will help you. You have friends here and allies. Trust in us, even if you can’t trust yourself. >>

<< It would just be safer for everybody if I never touched my magic again. >>

<< You can let that disgusting excuse for a Witch triumph and avoid your own strengths to stay hidden. But ask yourself this question. Why would you want to give her that power over you? Does she deserve to destroy a beautiful, strong part of you? Are you still letting her win? >>

The young and scarred white Persian had no response to that. Neither Jack nor Dascha pushed her anymore that day, but nightmares plagued TT’s sleep that night.

The overwhelming waves of pain that the Witch that supposedly loved her Familiar had inflicted crashed against the young cat’s subconscious like ocean waves pounding on the shore. A parade of images appeared and disappeared, like a roster of all those that helped her. TT's sleep was fragmented, and she woke more tired than when she went to bed.

Dragging her aching body out of the warm bed by Baba’s fire in the new cottage, TT walked to the practice yards that Dascha was using for training and conditioning. Without any further discussion, the white Persian began to mirroring Dascha and Jack’s exercises. Neither of the other two cats made any comment, respecting both her presence and her courage. 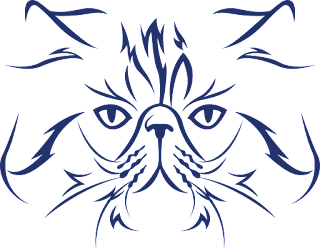 
This is another writing weekend for me. I am hoping to get a substantial amount done, and the setting is good! No extra work, no security calls, I am not sick or hurting more than usual, dogs are content, cat sound asleep in the sunlight on a wooden floor, looking peaceful. 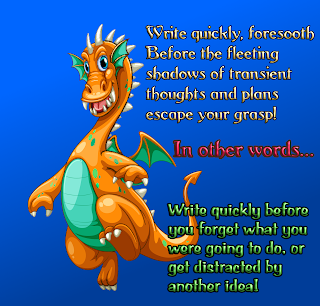